Anyone who has researched events in Northern Ireland throughout the early 1970s is probably familiar with the large number of individuals who rose to positions of leadership albeit fleetingly and then were never heard of again. Those, like myself, who have examined the loyalist experience in these years are bound to have read at least one article concerning Jean Moore who for a period became a prominent spokesperson for the Loyalist Association of Workers (LAW). LAW was formed in 1971 from the an organisation which had been known as the Workers’ Committee for the Defence of the Constitution. LAW was led by shop steward Billy Hull, briefly known as the unofficial ‘mayor of the Shankill’. During protests at the proroguing of Stormont in 1972, LAW became closely associated with the Vanguard movement. Davy Fogel, a leading member of the UDA, would concede that LAW was a front for the UDA and it was eventually dissolved when the Ulster Workers’ Council was formed in 1974.

Jean Moore was, for a period, chairperson of the women’s section of LAW and struck a formidable presence at meetings and rallies. Like Hester Dunn, she was closely associated with the UDA women’s department and again, like Hester Dunn, she is a figure from within loyalism that we know relatively little about.

I have transcribed an interview with Jean Moore that appeared in the Sunday News on 10 September 1972. I hope it will be of interest to readers of this website. I have also included some striking photographs of Jean Moore which were taken by the late Jack Garofalo in 1972.

It is high time that historians attempted to gain a better insight into the lives of these women. With the new website Her Loyal Voice giving voice to loyalist women involved in politics and society in 2020, I would hope that there will be a fresh desire to understand more about these women who were so influential during the worst years of the Troubles, no matter how briefly.

The task of running one of Ulster’s biggest ‘armies’ rests lightly on the steady shoulders of a soft-spoken Belfast housewife.

For Jean Moore who has lived all her 34 years only yards from the busy, sometimes turbulent Shankill Road is leader of the 50,000 strong Women’s Loyalist Association of Workers.

And the two lives she is living intermingle almost unnoticibly [sic] as she combines her ordinary daily chores, like thousands more working class mothers, with the weighty responsibilities of running her rapidly expanding branch of LAW.

When she was first voted into the position of chairman of the emerging women’s section in January of this year Jean Moore was rather reluctant to accept the job. But she agreed eventually to take up the challenge until someone else could be found. As it turned out, they didn’t need to look further than Jean Moore.

In the short time she has held the office which she now enjoys she has rallied together some 600 branches of LAW for women in factories and housing estates throughout the whole province. She has personally been to the launching of most of them and has visited every one at least once.

But Jean Moore’s involvement in the affairs of the community she knows did not begin only when she became interested in the Loyalist Association of Workers.

Over a year before the night she first banged on the door of the hall where a LAW meeting was being held and asked to be admitted, she entered the arena of local politics by standing for the Shankill Redevelopment Committee in the City Council elections of October 1970.

She recalls: “My running mate Mrs. Agnes Steele and I stood against Unionists and Labour but for that election the Unionists pulled out all the stops and of course they won. I never stood again although I had plenty of encouragement. If it had been on a one-man-one-vote basis we would have been elected.”

Now her support for LAW, which is tottering on the brink of transforming itself into a political party, has brought Jean Moore back into the field of grass roots politics.

And if LAW does decide to take this step, the movement’s executive council will have the support at least of the chairman of the Women’s Branch.

Says Mrs. Moore: “I feel it is time working class men and women had a say in the affairs of Ulster. For too long we have had the landed gentry coming round at elections and promising us the earth. But once they are voted in, they don’t want to know you. It’s the cloth cap working man who suffers.”

LAW, she maintains, is not anti-Catholic and they would give support to any person who would stand and fight on ‘bread and butter’ issues for the working class community-as long as they were loyal to the constitution.

“If we could do this why should we vote for the ‘fur coat brigade’ who for too long have regarded the people who elect them as puppets? They should know that they are the puppets who do what we want.”

On more urgent and pressing issues Jean Moore saw the role of the women’s LAW within the Vanguard movement as one of helping to prepare for a civil war situation, which she felt as being an almost inevitable climax to the current terror campaign.

“One of the things we are doing is to help as many of our women to learn to drive for we will need as many drivers as possible in case of civil war.”

She said they were really working on the same scale as the UDA or the Army, with first aid units, nurses and doctors. Of course if civil war broke out it would not mean everybody racing to the front line.

Some people had to stay behind and organise evacuation to safe areas and relief centres where children and old people could go.

The Loyalist Association of Workers was not going along with an unending appeasement policy or acceptance of peace in Ulster at any price. “We will die for our country first,” she added.

Personally Jean Moore wants to see a peaceful solution to Northern Ireland’s problems though one of her principal concerns is to see a restoration of the Stormont parliament straight away. But in any elections she would be fiercely opposed to the use of a proportional representation system.

LAW, she said, would not take part in any election run on PR lines.

“I was born and raised here in Crimea Street, I love every brick and paving stone and I was quite content with Ulster the way it was.”

But Ulster is no longer “the way it was” nor is it ever likely to be again. However, Jean Moore – Women’s Law Chairman, Inner LAW Executive Council member, mother and housewife – intends, with the support of her thousands of female followers, to have a say in the Ulster of tomorrow whatever form it takes. 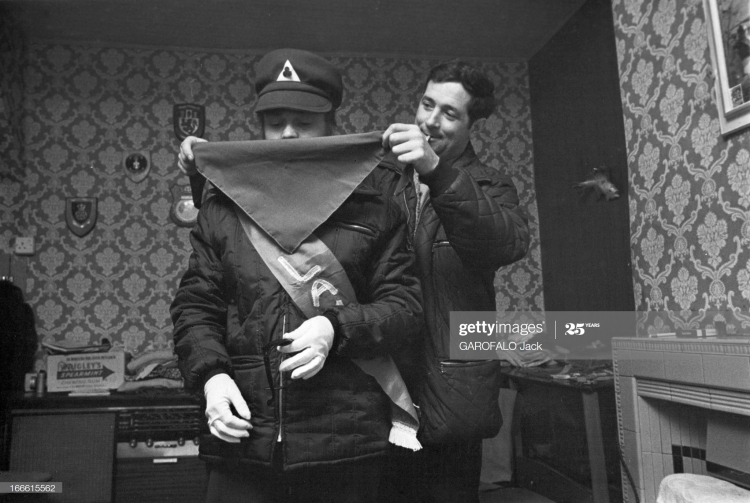 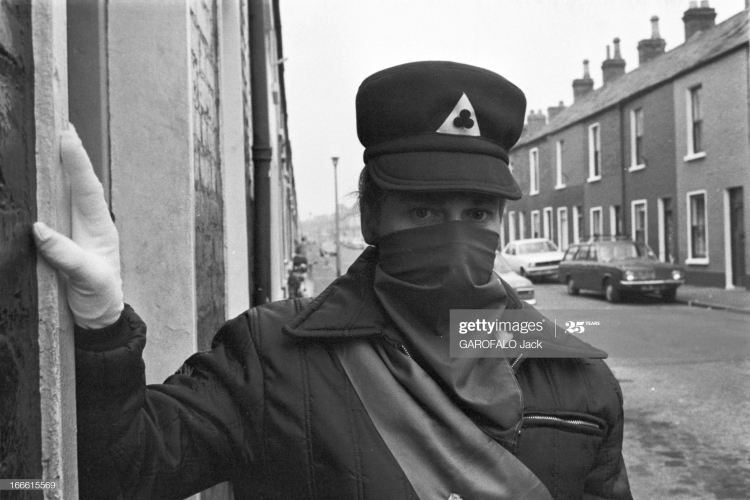 Co-editor of 'The Contested Identities of Ulster Protestants' (Palgrave Macmillan, 2015); author of 'Tartan Gangs and Paramilitaries: The Loyalist Backlash' (Liverpool University Press, 2016) Currently: -Collaborating with Billy Hutchinson on his autobiography -Curating and archiving photographs of West Belfast in the 1970s and 1980s taken by my late father-in-law Paul Molloy -Trying my hand at creative writing View more posts